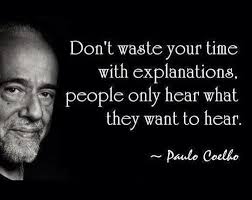 Paulo Coelho is a Brazilian lyricist and novelist. He is the recipient of numerous international awards, amongst them the Crystal Award by the World Economic Forum. The Alchemist, his most famous novel, has been translated into 80 languages

Paulo Coelho was born in Rio de Janeiro in 1947, the son of an engineer and a housewife. He attended a Jesuit school, and from a young age Coelho dreamed of becoming a writer. According to Coelho, his parents responded to his artistic aspirations and to his introverted personality by committing him to a mental institution and approving electroconvulsive (“shock”) therapy for their son.

Coelho enrolled in law school as a young man but dropped out to travel, through Latin America, North Africa, and Europe. He became involved with a theater group as an actor and director and worked as a journalist, founding a magazine called 2001. He also wrote lyrics for rock songs and collaborated on a political comic strip.

Because of his progressive activities, Coelho was kidnapped and tortured by a Brazilian paramilitary group in 1974. Afterwards, retreating into conventionality, he worked as a music-industry executive.

His life’s major turning point occurred when Coelho met a stranger in an Amsterdam café who told him to make the traditional Roman Catholic pilgrimage to Santiago de Compostela in Northern Spain. Coelho did so in 1986. As a result, he experienced an epiphany that readers of The Alchemist will recognize: He decided to follow his dream. Coelho set out to become a writer.

Inspired by his journey to Santiago de Compostela, Coelho wrote The Pilgrimage: Diary of Magus, about extraordinary events that happen to ordinary people. Published in 1987, the book’s commercial and cultural impact was at first negligible.

The following year The Alchemist was published. The novel sold only nine hundred copies initially and was not reprinted. Coelho’s next book, Brida, was well-received, however, and as a result, both The Pilgrimage and The Alchemist became best-sellers.

Coelho has written and published more than twenty-five books in all, including collections of essays and newspaper columns, though most are novels. Some of his best-known books are By the River Piedra I Sat Down and Wept, The Fifth Mountain, Veronika Decides to Die, The Devil and Miss Prym, Warrior of the Light: A Manual, The Zahir, and Eleven Minutes. The author, now internationally recognized, lives with his wife in Europe and in Rio de Janeiro.