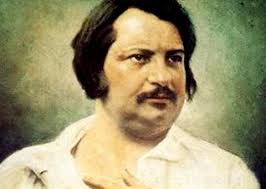 Honore de Balzac was a French novelist and playwright. His magnum opus was a sequence of short stories and novels collectively entitled La Comédie Humaine.

Born in Tours, France on May 20, 1799, Balzac was the son of Anne Charlotte and Bernard François Balssa. Balzac was named after the celebration of Saint Honoré’s day which was observed on the same day as his birth. An ordinary student but an avid reader, Balzac attended a grammar school in Tours and was later a student of Collège de Vendôme before moving to Sorbonne in Paris to study law in 1816 after which he worked at several law offices. However, in 1819 Balzac decided to choose writing for a career.

Balzac used pen names such as Lord R’hoone and Horace de Saint-Aubin to write several early novels. However he was not given much attention then. He also tried to set up a business by opening a publishing company and buying a printing house. Having no luck in establishing himself as a successful writer or businessman, Balzac at the age of 29 had given up all hopes of a successful life when the hospitality of General de Pommereul allowed him to live in their house in Fougères for some time. He gained inspiration for his book Le dernier Chouan (1829) after which he started gaining recognition as a writer.

Some of Balzac’s prominent works such as Le Curé de Tours (1832), Eugénie Grandet (1833), La Rabouilleuse (1842) Le Lys dans la vallée (1835) and Le Cousin Pons (1847) are part of the Comédie Humaine which is the biggest achievement of Balzac’s career. In 1832 Balzac visualized the idea of a collection of all his fiction work. He very correctly imagined the success it would bring him. The stories represent the different faces of life in France after the fall of Napoleon in 1815. The collection took 20 long years to come to an end. The stories are a depiction of Balzac’s originality and vivid imagination.

A hard working writer, Balzac worked on his writing continuously for long hours without sleep. He wrote numerous notes and revised his work obsessively. The characters he wrote about carried a realistic element in them, they neither were super heroes nor completely evil, they represented the everyday person. His characters also came from an array of social states and classes. His detailed description of the location of the story entrapped the reader making the story sound as real as possible.

During his last years Balzac suffered increasingly from poor health, and his morale had been weakened by the constant frustrations and disappointments he endured in the one great love affair of his life. In 1832 he had received his first letter from Madame Hanska, the wife of a Polish nobleman who owned extensive estates in the Russian Empire. Balzac was flattered and excited, and he met her in Switzerland the following year. Thereafter they kept up an ardent correspondence, interrupted by occasional vacations spent together in different parts of Europe. In 1841 her husband died, but Madame Hanska obstinately refused to marry Balzac despite his earnest pleas. Only when he fell gravely ill, during a last visit to her mansion in the Ukraine, did she consent. The wedding took place at her home on March 14, 1850. The long journey back to France took a serious toll on Balzac’s health.
Five months after his wedding, on Sunday, 18 August 1850, Balzac died.