Dean Ray Koontz is an American author. His novels are broadly described as suspense thrillers, but also frequently incorporate elements of horror, fantasy, science fiction, mystery, and satire. Koontz wrote under a number of pen names earlier in his career, including “David Axton”, “Leigh Nichols” and “Brian Coffey”.

Dean Ray Koontz was born on July 9, 1945, in Everett, Pennsylvania.

In his senior year at Shippensburg University of Pennsylvania, he won a fiction competition sponsored by Atlantic Monthly magazine. After graduation in 1967, he went to work as an English teacher at Mechanicsburg High School in Mechanicsburg, Pennsylvania. In the 1960s, Koontz worked for the Appalachian Poverty Program, a federally funded initiative designed to help poor children.

In his spare time, he wrote his first novel, Star Quest, which was published in 1968. Koontz went on to write over a dozen science fiction novels.

After writing full-time for more than ten years, Koontz’s acknowledged breakthrough novel was Whispers, published in 1980. The two books before that, The Key to Midnight and The Funhouse, also sold over a million copies, but were written under pen names. Thus although Whispers is Koontz’s third paperback bestseller, it was the second credited to Koontz. His very first bestseller was Demon Seed, the sales of which picked up after the release of the film of the same name in 1977, and sold over two million copies in one year. From 1979 on, Koontz’s books regularly became paperback bestsellers. His first hardcover bestseller, which finally promised some financial stability and lifted him out of the midlist hit-and-miss range was his book Strangers. Since then, 12 hardcovers and 13 paperbacks written by Koontz have reached #1 on the New York Times Bestseller List.

Many of his novels are set in and around Orange County, California. As of 2006 he lives there with his wife, Gerda (Cerra), in Newport Coast, California behind the gates of Pelican Hills.

In 2008 he was the world’s sixth most highly paid author, tied with John Grisham, at $25 million annually.

His books are published in 38 languages and he has sold over 450 million copies to date.

Fourteen of his novels have risen to number one on the New York Times hardcover bestseller list (One Door Away From Heaven, From the Corner of His Eye, Midnight, Cold Fire, The Bad Place, Hideaway, Dragon Tears, Intensity, Sole Survivor, The Husband, Odd Hours, Relentless, What the Night Knows, and 77 Shadow Street), making him one of only a dozen writers ever to have achieved that milestone. Sixteen of his books have risen to the number one position in paperback. 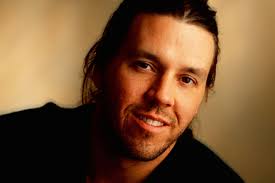