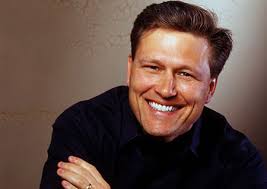 A graduate of Henrico High School, he received a B.A. from Virginia Commonwealth University and a law degree from the University of Virginia, after which he practiced law for nine years in Washington, D.C.. He is of Italian descent.

Baldacci began writing stories as a child, when his mother gave him a notebook in which to record them. He wrote for more than two decades, penning short stories and later screenplays without much success.

While practicing law, he turned to novel writing, taking three years to write Absolute Power. Published in 1996, it was an international best seller. To date, Baldacci has published 29 best-selling novels for adults as well as four novels for younger readers.

He has been married to Michelle Collin since May 5, 1990. They have two children.

Baldacci and his wife, Michelle, are the co-founders of the Wish You Well Foundation, which works to combat illiteracy in the United States. Baldacci became involved with the National Multiple Sclerosis Society after his sister, author Sharon Baldacci, was diagnosed with MS.

Baldacci’s first novel, Absolute Power, tells the story of a fictional American President and his Secret Service agents who are willing to commit murder in order to cover up the accidental death of a woman with whom the President was having an affair. It was made into a film, Absolute Power (1997), starring Clint Eastwood and Gene Hackman.

In addition to writing novels, Baldacci wrote the screenplay for the film adaptation of his novel Wish You Well; the movie was shot on location in southwest Virginia with Academy Award winner Ellen Burstyn, Josh Lucas, and Mackenzie Foy in the lead roles. Baldacci was a consulting producer on King & Maxwell, a TNT television series based on his characters Sean King and Michelle Maxwell.

Baldacci’s novels have been translated into over 45 languages and sold in more than 80 countries. Over 110 million copies of his books are in print worldwide