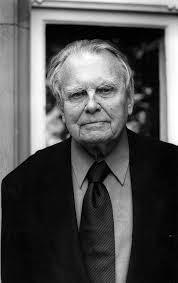 He made his high-school and university studies in Wilno, then belonging to Poland. A co-founder of a literary group “Zagary”, he made his literary début in 1930, published in the 1930s two volumes of poetry and worked for the Polish Radio. Most of the war time he spent in Warsaw working there for the underground presses.

In the diplomatic service of the People’s Poland since 1945, he broke with the government in 1951 and settled in France where he wrote several books in prose. In 1953 he received Prix Littéraire Européen.

In 1960, invited by the University of California, he moved to Berkeley where he has been, since 1961, Professor of Slavic Languages and Literatures.

Presented with an award for poetry translations from the Polish P.E.N. Club in Warsaw in 1974; a Guggenheim Fellow for poetry 1976; received a honorary degree Doctor of Letters from the University of Michigan, Ann Arbor, in 1977; won the Neustadt International Prize for Literature in 1978; received the “Berkeley Citation” (an equivalent of a honorary Ph.D.) in 1978; nominated by the Academic Senate a “Research Lecturer” of 1979/1980.

In 1980 Miłosz received the Nobel Prize in Literature. Since his works had been banned in Poland by the communist government, this was the first time that many Poles became aware of him. After the Iron Curtain fell, he was able to return to Poland, at first to visit, later to live part-time in Kraków. He divided his time between his home in Berkeley and an apartment in Kraków.

In 1989 he received the U.S. National Medal of Arts and an honorary doctorate from Harvard University.

In a 1994 interview, Miłosz spoke of the difficulty of writing religious poetry in a largely post-religious world. He reported a recent conversation with his compatriot Pope John Paul II; the latter, commenting upon some of Miłosz’s work, in particular Six Lectures in Verse, said to him: “You make one step forward, one step back.” The poet answered: “Holy Father, how in the twentieth century can one write religious poetry differently?” The Pope smiled. A few years later, in 2000, Miłosz dedicated a rather straightforward ode to John Paul II, on the occasion of the pope’s eightieth birthday.