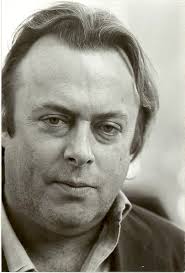 Christopher Hitchens was a British-American author, literary critic, and journalist who spent much of his career in the United States and became an American citizen. He contributed to New Statesman, The Nation, The Atlantic, London Review of Books, The Times Literary Supplement, Slate, andVanity Fair.

Christopher Eric Hitchens was born on April 13, 1949, in Portsmouth, England.

Hitchens’s mother, arguing “if there is going to be an upper class in this country, then Christopher is going to be in it”, sent him to Mount House School in Tavistock in Devon at the age of eight, followed by the independent Leys School in Cambridge.

In 1967, he began attending Balliol College in Oxford, where he joined a sect of Trotskyites called the “International Socialists.” Although he was a staunch member of the political left, Hitchens made connections across the political spectrum.

In 1970, Hitchens graduated from Balliol with a bachelor’s degree in philosophy, politics and economics and moved to London, where he wrote for the Times Higher Education Supplement. By 1973, Hitchens moved on to the left-wing weekly New Statesman, where he became acquainted with writer Martin Amis.

Tragedy struck that same year, when Hitchens’s mother committed suicide in a pact with her lover in an Athens, Greece hotel room. She left a note behind, addressed to Hitchens, essentially saying that one day he’d understand. When Amis wrote Hitchens a sympathetic note later on about the incident, it sparked a deep, lifelong friendship between the two writers. Hitchens wrote for the Evening Standard and the Daily Express, before becoming the New Statesman’s foreign editor in 1979. He held the position until he moved to New York City in 1981.
A year after moving to New York, Hitchens relocated to Washington, D.C., where he wrote a column called “Minority Report” for The Nation. During this period, he also wrote the books Cyprus (1984) and The Elgin Marbles: Should They Be Returned to Greece? (1987). Also in 1987, his father died of esophageal cancer, the same cancer that would kill Christopher Hitchens 24 years later.

In 1989, Hitchens broke with the left after death threats were made against his friend Salman Rushdie with the publication of The Satanic Verses. Hitchens defended Rushdie, citing his right to freedom of expression, but he was surprised that others from the left failed to do so and openly denounced them. This event seemed to mark the point when Hitchens would be perceived not merely as a leftist but also as someone who would lambast either side for perceived transgressions.

A year later, Hitchens released The Monarchy: A Critique of Britain’s Favorite Fetish, in which he condemned the royal family and the media’s treatment of them, and Blood, Class, and Nostalgia: Anglo-American Ironies, in which he examined the lopsided cultural exchange between the United States and Great Britain. In 1992, Hitchens began writing for Vanity Fair.

The 1990s were generally a time of great productivity and greater controversy for Hitchens, with his output coming in the forms of books, essays and television appearances. As he did with the royal family, he often attacked what he perceived to be public figures raised to the level of gods, or at least myth, and began appearing on such talk shows as Frontiers and Charlie Rose, tenaciously engaging opponents in political debate.

Always finding new idols to topple, in The Missionary Position: Mother Teresa in Theory and Practice (1995), Hitchens assailed the previously untouchable reputation of Mother Teresa and claimed that she supported dictators, including Haiti’s Jean-Claude “Baby Doc” Duvalier. And once again crossing party lines to critique a beloved figure from the left, Hitchens parsed the various misdoings of U.S. President Bill Clinton in No One Left to Lie To: The Triangulations of William Jefferson Clinton (1999).

The 2000s saw a change in Hitchens’s subject matter, if not his tone. In 2002, he published Why Orwell Matters, followed by Thomas Jefferson: Author of America in 2005 and Thomas Paine’s Rights of Man: A Biography in 2006—all more traditionally academic than most of his previous books. He also continued to rile the political left when he persistently argued in favor of an invasion of Iraq, the deposing of Saddam Hussein after the September 11, 2001 attacks, and George W. Bush’s post-9/11 policies. In this vein, he released a series of essays entitled A Long Short War: The Postponed Liberation of Iraq, which laid out his reasoning behind supporting military action.

In 2007, Hitchens came out with God Is Not Great: How Religion Poisons Everything, where he criticized virtually every religion on earth and began occupying a prominent place in the atheist movement, although he dubbed himself an “antitheist.”

Hitchens’s memoir, Hitch-22, was published in 2010, and Hitchens announced during his book tour that he had been diagnosed with esophageal cancer. He continued to make public appearances while undergoing treatment, frequently discussing his condition in the context of his religious disbelief and shunning the idea of a possible deathbed change-of-heart. The Quotable Hitchens: From Alcohol to Zionism, a collection of his one-liners, and Arguably: Essays, a collection of cultural and political commentary, were released in 2011.

Hitchens died on 15 December 2011 at the University of Texas MD Anderson Cancer Center in Houston.

Hitchens was married twice, first to Eleni Meleagrou, a Greek Cypriot, in a Greek Orthodox church in 1981; the couple had a son, Alexander, and a daughter, Sophia. They divorced in 1989.
From February 1990, Hitchens’s girlfriend was reported as being Carol Blue, a Californian screenwriter. In 1991 Hitchens married Blue in a ceremony held at the apartment of Victor Navasky, editor of The Nation. They had a daughter, Antonia.