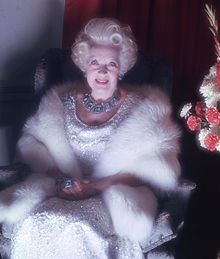 Barbara Cartland was an English author of romance novels, who was one of the best-selling authors as well as one of the most prolific and commercially successful of the twentieth century.

Barbara Cartland was born in Edgbaston Birmingham on 9th July, 1901 into a wealthy family. She was the only child of her parents. Her father was a British army officer who died in the battlefield of World War 1, and her mother opened up a boutique to make the family ends meet. Her schooling was followed by attending a girl’s college in Hampshire and after graduating from there, she became a society reporter and an author of romantic novels.

She is considered to be one of the most renowned authors of her time, primarily known for her romantic novels. Her career spans from writing around 700 books which includes around 5 autobiographies and several books on cooking, health, vitamins and beauty. Her recipes were utilized in the House of Commons. Her biographies were famous characters from history. Ronald Cartland for example, was an affiliate of parliament who was killed in the Second World War. She’s eminently regarded as the “Queen of the Romance novel”. Cartland claimed to be writing a book in seven days.

From the 1970’s, 1990’s and onwards, she set a new benchmark by writing about 2 dozen books a year. After working as a gossip columnist for Daily express, her first novel was published in 1923, Jig-saw, which dealt with a society thriller and ran for quite some time. Her books have sold over 100 million copies, gaining a name in the Guinness Book of World Records. Besides writing, she is involved in lots of humanitarian work, such as charity and social causes. She volunteered for the cause of old people. During the Second World War, she was looking after 20,000 men and women. In the 1960’s, she campaigned for the rights of gypsies so that they could have a permanent place to live in and as a result of this, an act was passed in parliament. There are now thousands of gypsies and their families who have a place to live in and educate their children. One of the gypsy camps founded by her is very near to her own home, Hampshire. Her zeal could be traced when she fought for the better working conditions of mid-wives and nurses, which led her to be widely known as the “Dame of grace.” Cartland was labeled as the pink lady for her love of pink chiffon, clothing and jewelry. Cartland was married twice to Alexander McCorquodale (1927-33) and to Hugh McCorquodale (1936-63).Apparently, the two men were cousins. She was referred to as the step grandmother of the princess of Wales, Diana.

Cartland died in the night of 21 May 2000 at her residence, Camfield Place, near Hatfield, Hertfordshire, at the age of 98; she had been suffering from ill health for six months beforehand and was subsequently bedridden. Both of her sons, Ian and Glen McCorquodale, were present at her bedside when she died.